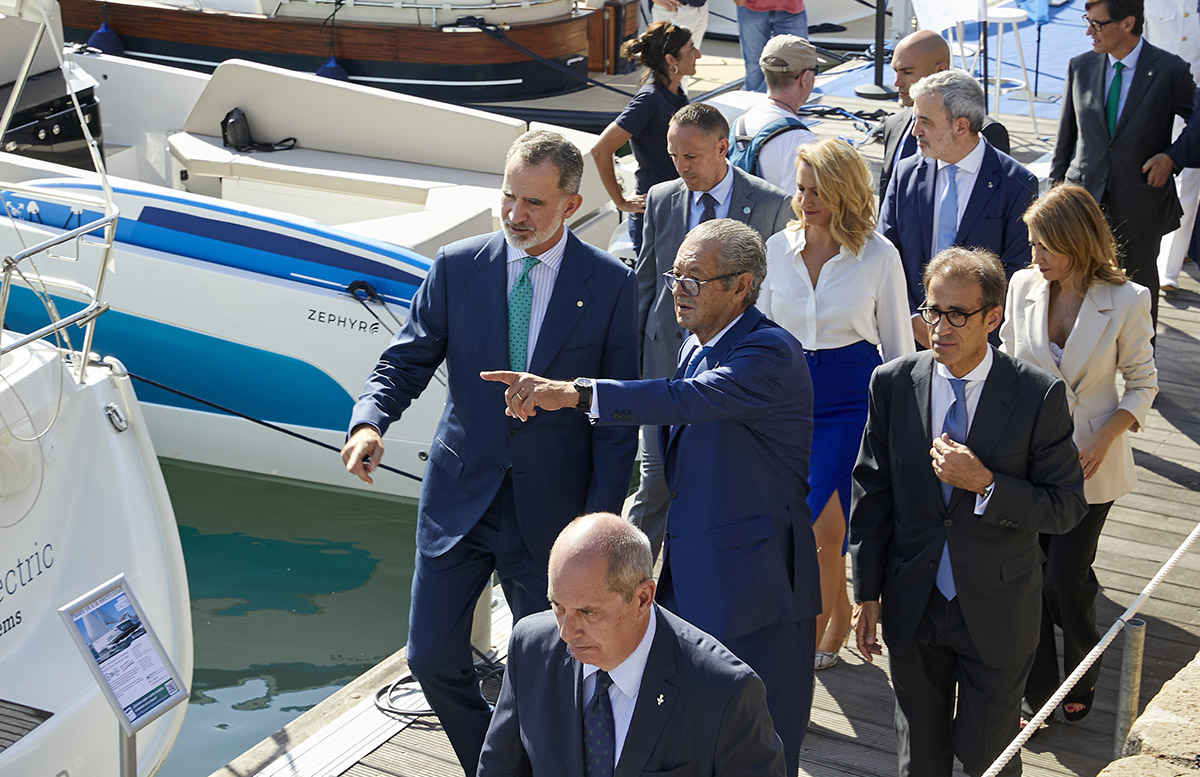 The fine weather and the excellent range of new products made the 60th Boat Show an outstanding one, as confirmed by the 50,000-plus people who visited the floating exhibition and the stands of the 279 exhibitors.

The event in Barcelona confirmed its leadership of the Spanish yachting sector. Organised by Fira de Barcelona in partnership with ANEN, the 2022 Boat Show brought together 279 exhibitors displaying 700 boats, 80 of which were new. These figures constitute a 40% increase in terms of occupied space and one of 22% in supply. King Felipe VI presided over the opening ceremony, strolling around the docks of La Fusta, España and Marina Port Vell with interest and listening to the explanations at the different stands.

In its desire to promote sustainability within the sector, the Barcelona Boat Show contributed to the increased electrification of boats, showcasing different kinds of vessels with electric and hybrid engines.

The America’s Cup had a significant presence, presenting itself to the nautical sector and unveiling various details of the event set to take place in Barcelona in 2024. Its stand attracted numerous fans interested in finding out more about the great regatta and taking part in a presentation explaining the infrastructures that will be available at the Port of Barcelona. Similarly, the local Sail Team BCN, which will compete in the Youth and Women’s America’s Cup, also held a panel discussion during which they explained various aspects of their ambitions and immediate plans.

Luis Conde, the President of the Boat Show, expressed his satisfaction with this year’s event, stating that “this year’s show has once again put Barcelona on the national and international nautical maps. At the same time, we’ve acted as a driving force for sales in these times with so much uncertainty”. The event brought together the major players in the sector, with the attendance of 400 key international buyers, 28 large catamarans on display in the Port Vell area and the presence of 14 boats eligible for the European Boat of the Year Award.

As for the director of the event, Josep Antoni Llopart, he explained that “in 2022 we’ve taken a step forward in the sector’s commitment to headline innovation focused on sustainability with the aim of stimulating the sector’s environmental transition”.

In this regard, the Fira de Barcelona event featured, for the first time, the Innovation Dock space in which 15 startups from seven countries presented their projects and initiatives for a more digitised maritime industry that is less aggressive towards the environment.