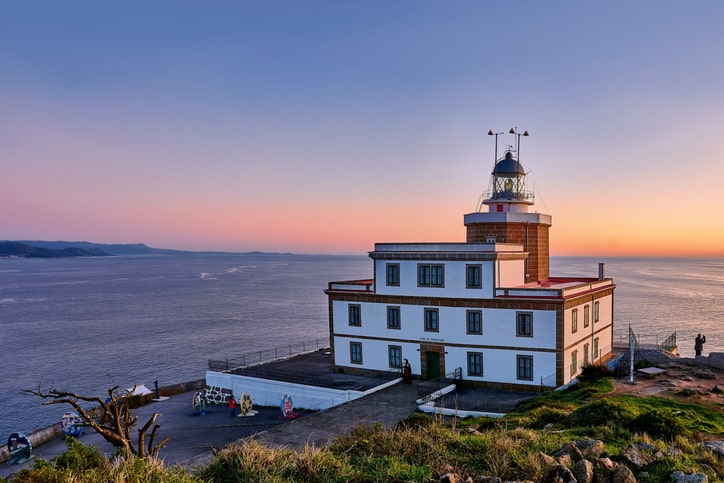 In this first issue of Nautic News, we share four interesting and varied recommendations related to leisure and sea culture.

The Lighthouse of Finisterre

The second westernmost Spanish lighthouse, after the also Galician Faro Touriñan, was built in 1853, to alert sailors of the dangers of the Costa de la Muerte, scene of numerous shipwrecks. Located on Mount Facho, its tower of 17 meters that raises its light 143 meters above sea level, capable of reaching 30 nautical miles.

The views offered by its viewpoint are unique, both with strong storms and in its placid sunsets with its light radiating the horizon

When we talk about gastronomy related to the sea, it is mandatory to talk about Ángel León, awarded with three Michelin stars in his restaurant Aponiente. Recognized worldwide for his love and passion for seafood, Ángel León has brought creative cuisine to the utmost excellence, with proposals as innovative as marine sausages or his rice with plankton.

In his establishment La Taberna, located in the Port of Santa María (Cádiz), it offers a cuisine adapted to all audiences and pockets, where you can informally enjoy the cuisine with a seafood soul, “of product and spoon, and of dipping a lot of bread”.

The building of the Oceanographic Museum of Monaco dates from 1910, it is built in stone on a cliff that raises it 85 meters above sea level, from where it offers a breathtaking view.

This hydrofoil, with electric motor and remote control, offers a range of interesting possibilities. From sailing quietly with a child to surfing moderate waves, being also an option as a tender to take on a boat.

It has a brushless electric motor of 5 HP of power, with two navigation modes and autonomy of up to 80 minutes. It takes off from 8.5 knots of speed and reaches 16 knots of maximum.