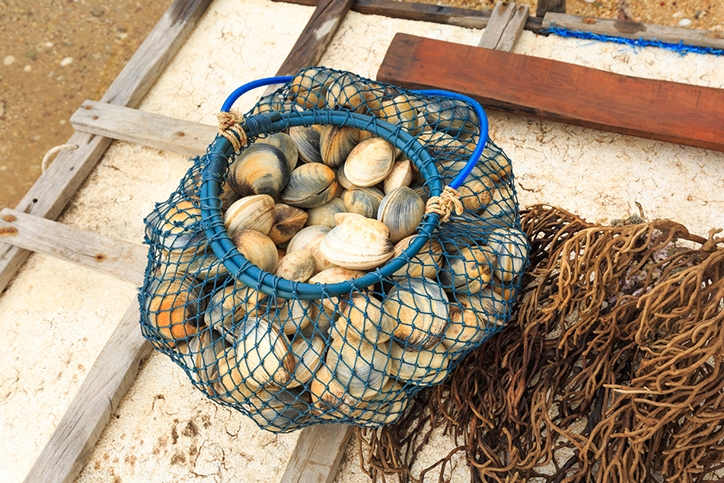 An unusual technique for catching scallops, discovered by chance by scientists, could potentially reduce some of the damage caused to our seabed by scallop fishing.

Marine scientist Dr Rob Enever and his team at fisheries consultancy Fishtek Marine, designed small underwater floodlights to help protectfish stocks by replacing the need to use them as bait for shellfish.

The lights were supposed to attract crabs to the pots. But unexpectedly, the scallops, which can have up to 200 eyes, were more attracted to the LED lights. “It’s like a scallop disco: you light the trap and they come in. It’s surprising that no one else has discovered this before. It’s a pretty exciting find,” Enever said.

“Almost every net we hauled in had scallops, yet every time we fished without lights we had no scallops,” explains Ashworth. “Having evidence that lights can be used to catch scallops may have some incredible implications for the future.”

Dr Bryce Stewart, a marine ecologist and fisheries biologist at the University of York who has studied scallops for more than 20 years, commented “This is one of the most exciting things I’ve come across in my entire career, it’s quite a surprise“, said Stewart, who describes the array of the scallops’ eyes as “quite odd”.

“Most animals, including us, have lenses, but scallops do not. They have mirrors at the back of their eyes and they also have two retinas, one that detects darker things and one that detects lighter things, so they can possibly use that contrast to sense movement. They may prefer lighted areas because they provide safety from predators or because it is easier to find the plankton they eat.

Powered by two rechargeable AA batteries, each small bulb is fixed inside the pot and is expected to last between five and 10 years. The design of the pot was modified to facilitate entry and Enever continues to refine the bulb technology: experiments indicate that scallops are more attracted to blue light than to white light, for example. If the team can design a lighting system specifically aimed at catching scallops, it could open up the possibilities of doing so on a large scale.

“Scallops are famous for their sharp eyesight,” said Dr Vicky Sleight, marine biologist at the University of Aberdeen. “Scallops” eyes have a surprisingly high degree of visual clarity and their attraction to artificial light is intriguing. Follow-up laboratory experiments are required to understand why they are attracted to the pots, and if it is a reliable and replicable behaviour in a variety of different types of scallop sites, then it is certainlyan exciting prospect to develop a more sustainable scallop fishery.”