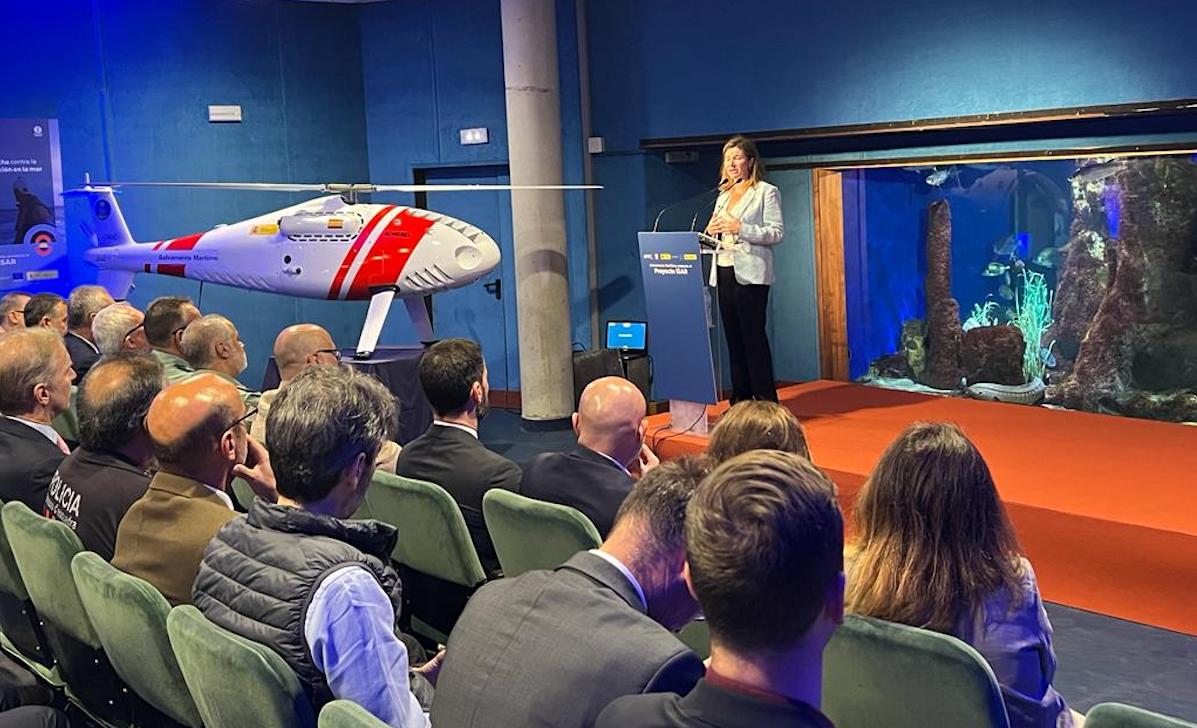 María José Rallo, the Secretary General for the Transport and Mobility, and Benito Núñez, the Director General of the Merchant Navy, presided over the presentation of the ambitious iSAR project, and international pioneer.

Salvamento Marítimo (Maritime Rescue) stands at the forefront of international innovation with the development and application of new maritime search and rescue technologies and in the fight against sea pollution.

iSAR is a pioneering global project. It will position itself as an international benchmark for the development and application of new maritime search and rescue technologies and in the fight against sea pollution.

iSAR involves cutting-edge technology. With this innovative project, Salvamento Marítimo will reach out earlier to those in distress at sea, thus reducing the feeling of uncertainty and anguish of those who are rescued and their families.

iSAR will ensure that people in danger at sea will be located and rescued sooner and that the marine environment will be more protected and enjoyable. 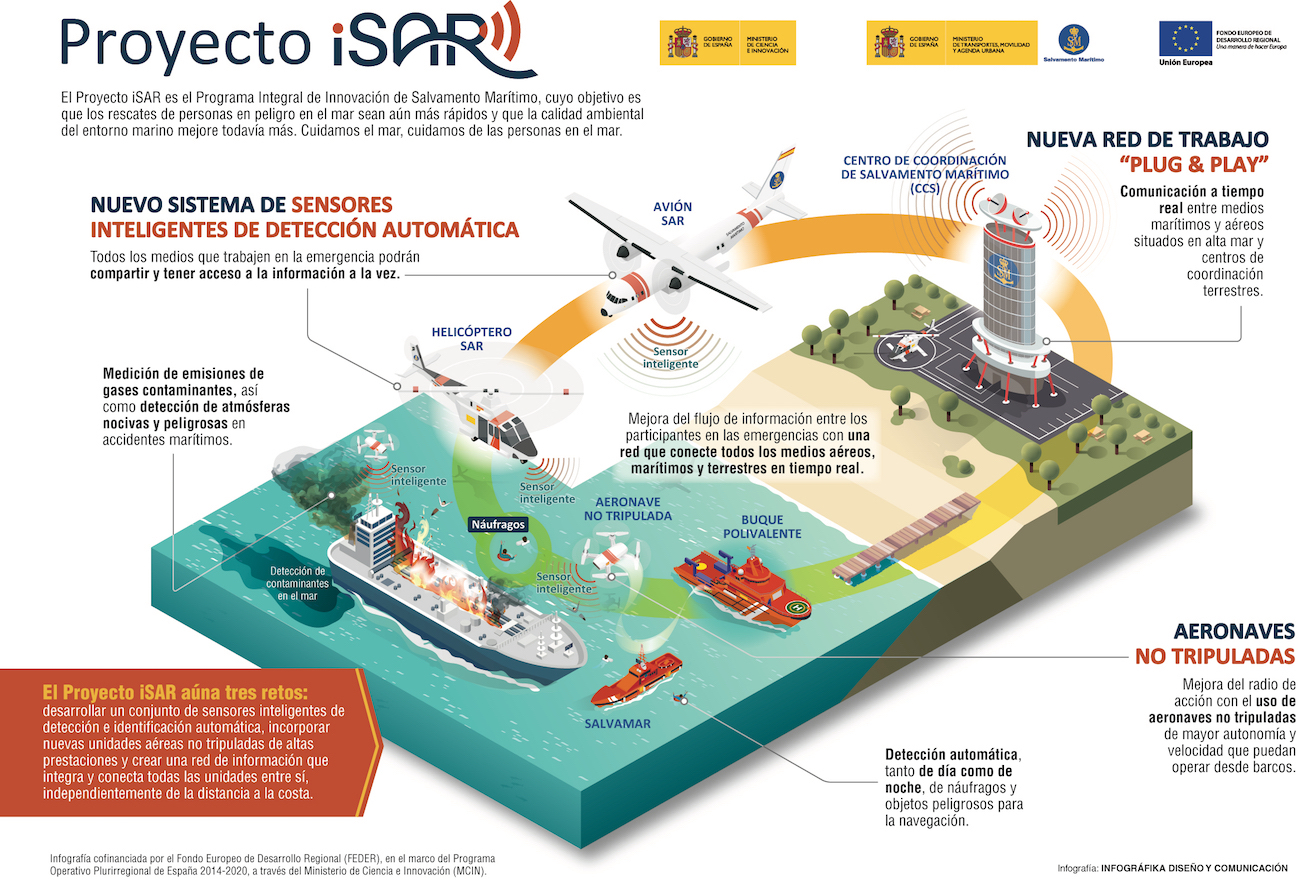 The project seeks to improve the performance and efficiency of the rescue services by means of innovation in the provisions and capabilities of the maritime units and coordination areas and centres, the development of smart sensors, the incorporation of unmanned aircraft and improved transmission and management of the information generated in rescue operations. 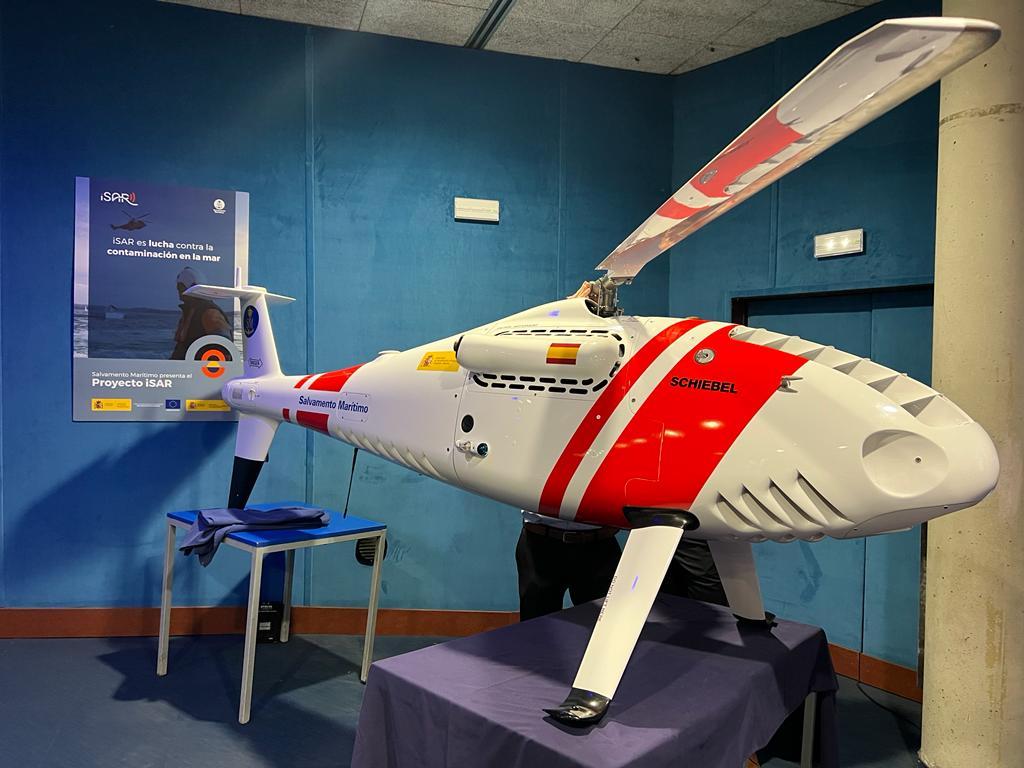 Smart automatic detection sensors will be integrated into the Salvamar and Guardamar maritime vessels, as well as the existing air units made up of helicopters and actions. The new CAMCOPTER S-100 drone will join the fleet of aircraft, thus improving the rescue and spill surveillance operations. Manufactured by the Schiebel firm from Austria, it incorporates autonomous take-off and landing functions and waypoint navigation. Large in size, it’s 3.11 metres long, 1.12 metres high and 1.24 metres wide, while its maximum take-off weight is 200 kilos. Its propulsion allows cruising speeds of up to 50 knots and a maximum of 100 knots, with a range of up to 6 hours that can be extended to 10 hours by fitting an optional fuel tank.

The creation of a work Plug & Play communications network will permit the connection of all the units in an emergency, offshore communications and the transmission of real-time information to the decision-making points. The existing vessels and aircraft will be modified to integrate them into the new communications network, equipping them with SAR and LCC cameras and an on-board operating station. 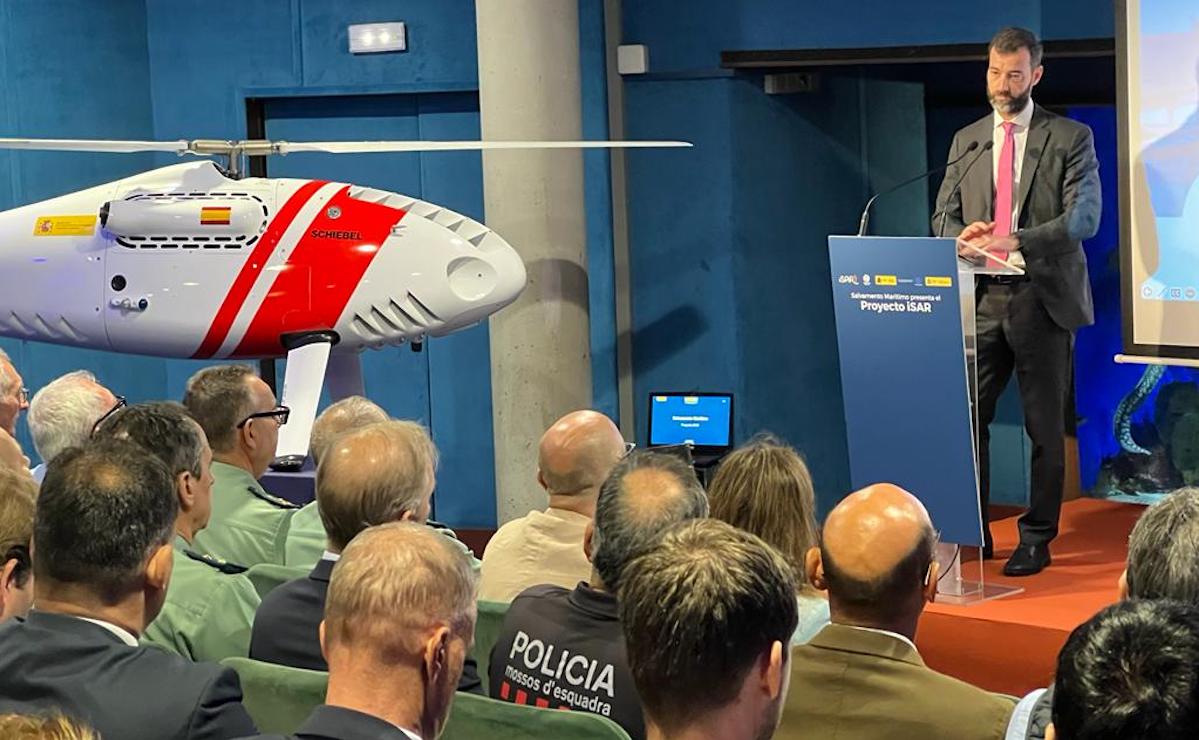 iSAR is a project that helps not only people, but also the planet within the context of climate change. As well as the detection and rescue of people from shipwrecks, this project also optimises the location and recovery of drifting objects that may pose a risk to navigation. However, it also facilitates the identification of hydrocarbon spills and other pollutants on the sea’s surface and triggers the detection of harmful and hazardous atmospheres. It will also improve emission control and operational safety capabilities by detecting Sox/NOx emissions, explosive atmospheres (ATEX) and hazardous and noxious substances (HNS) and enhance safety during human interventions.