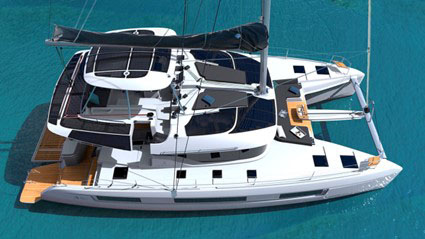 We try out the Lagoon 51, the latest model from the French shipyard specialising in recreational catamarans, with more than 6,000 units built since 1984, which was recently presented at the International Multihull Show. 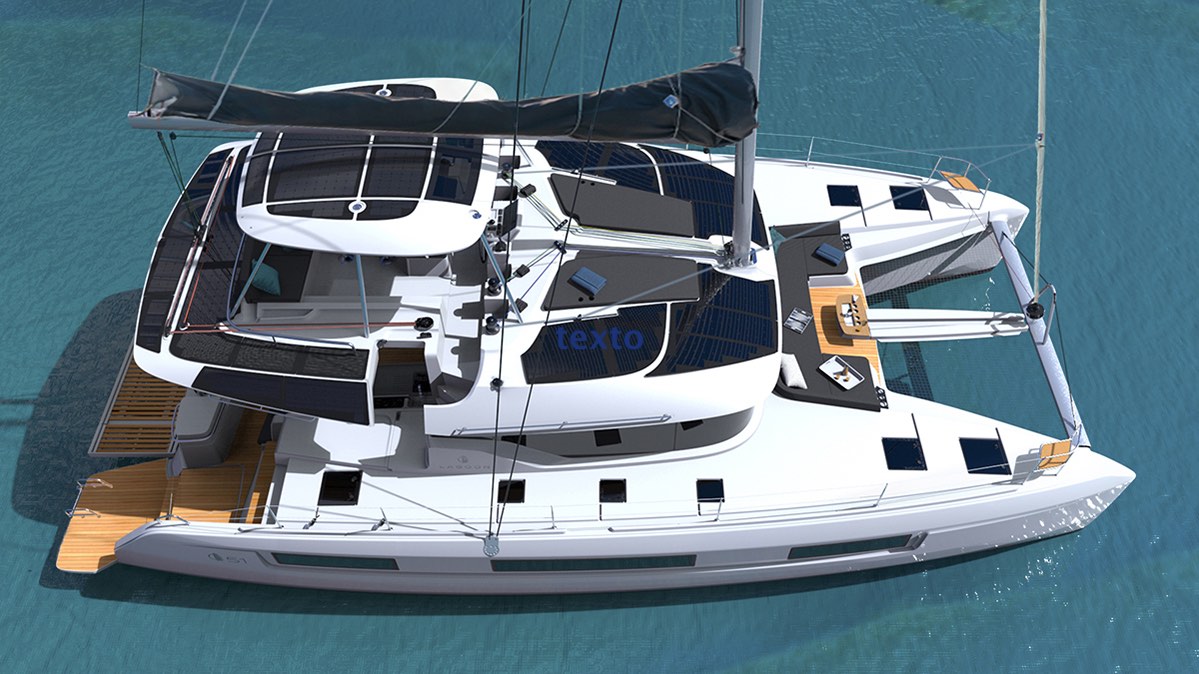 True to its vocation, the Lagoon shipyard  proposes a 51-foot-long catamaran, which replaces the previous 51-foot-long model. Its sailing programme includes coastal and offshore cruises, as it’s a boat suitable for both individuals and charter companies, based on its quality, good sailing and layout, offering various accommodation options in the cabins of both hulls, which can be adapted to the owner’s taste or the capacity needs of charter companies.

The Lagoon 51  has the helm on the flybridge, which is accessible from both of the deck’s side passages. The manoeuvring is located at the front, except for the control of the clew bar, which is situated on the starboard side, just behind the helmsman’s port. In addition to the skipper’s seat, there’s a double seat for the passengers, whose pivoting backrest allows these places to be incorporated into the galley area. The flybridge is protected by a hard top, but, forward of the helm, on the cabin roof, a couple of mats facilitate sunbathing. 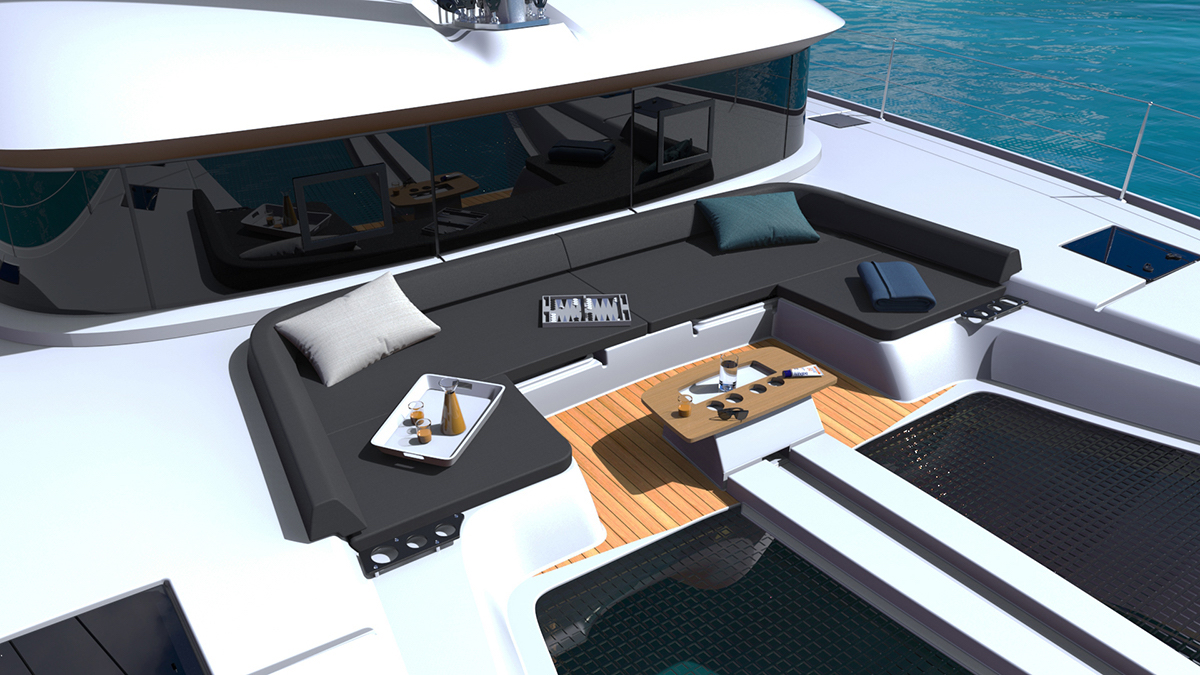 The bow combines a net and fibre floor, providing a seating and solarium area, with a large window in the front windscreen for easy passage of drinks, snacks or anything else from the interior cabin. On the aft deck is the galley area, with generous seating and a generously-sized folding table, ideal for gathering for meals or sharing it as a lounge. 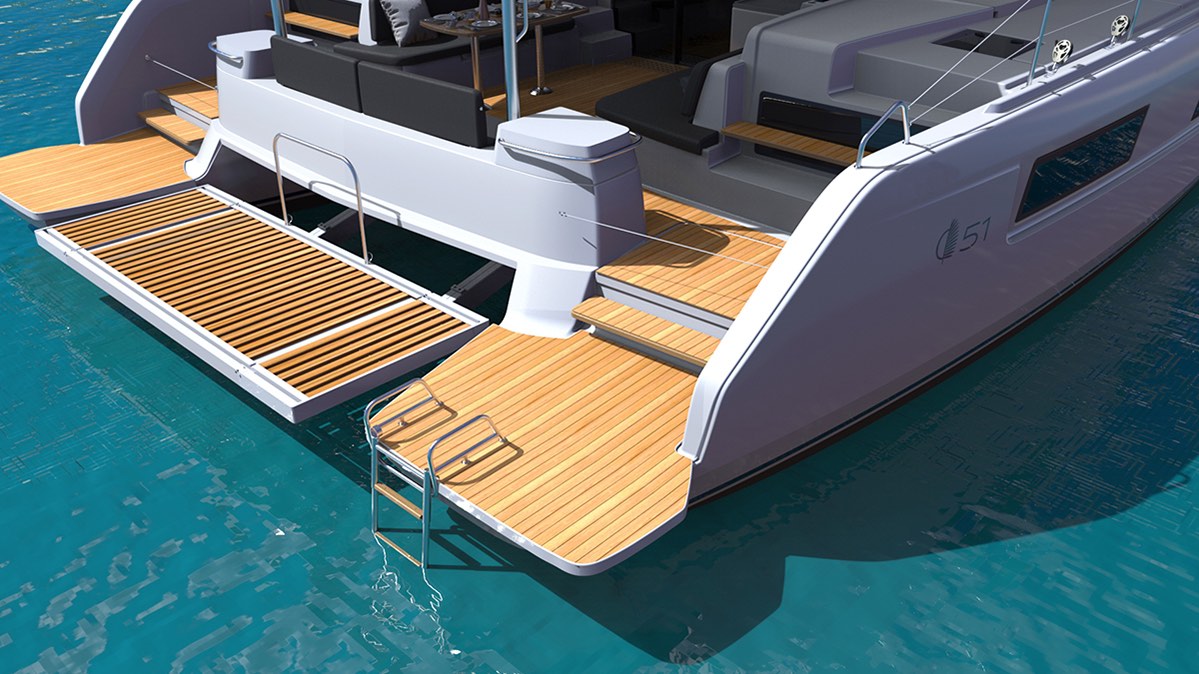 The central part of the transom includes a folding platform, very practical for loading or unloading the annex, flanked by the broad bathing platforms of both hulls.

Inside the Lagoon 50, the main cabin includes a lounge with a low table and the galley on the rear port side, which is complemented by the worktop, the fridges and furniture on the other side of the sliding door. Also to starboard, but forward of the galley support furniture and the ladder leading down to the hull, the navigation desk and a table complete the large area. 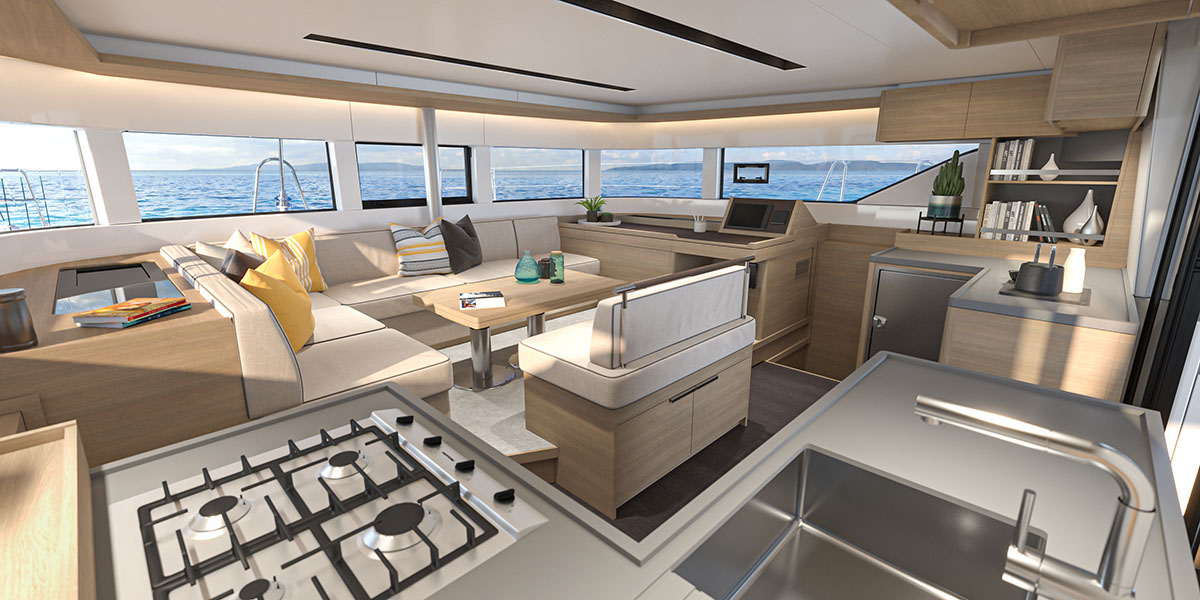 The unit we tested had the starboard hull devoted to the owner. The layout had the bed aft, lockers and office in the central area, while the entire toilet suite was divided between the shower cabin at the forward end, the dresser on both sides, and, aft of the one on the outside of the hull, a cabin separate from the toilet. Opposite, on the interior side, a cabin serves as a changing room, which can be used as a double cabin in other layout versions. On the port hull, in addition to the usual cabins at both ends, there was a third one on the inner side of the hull. The two toilet cabins adjoin each other and have direct access from the forward and aft cabins, while the forward toilet adds a second entrance from the corridor. The shipyard offers up to six cabin variants. 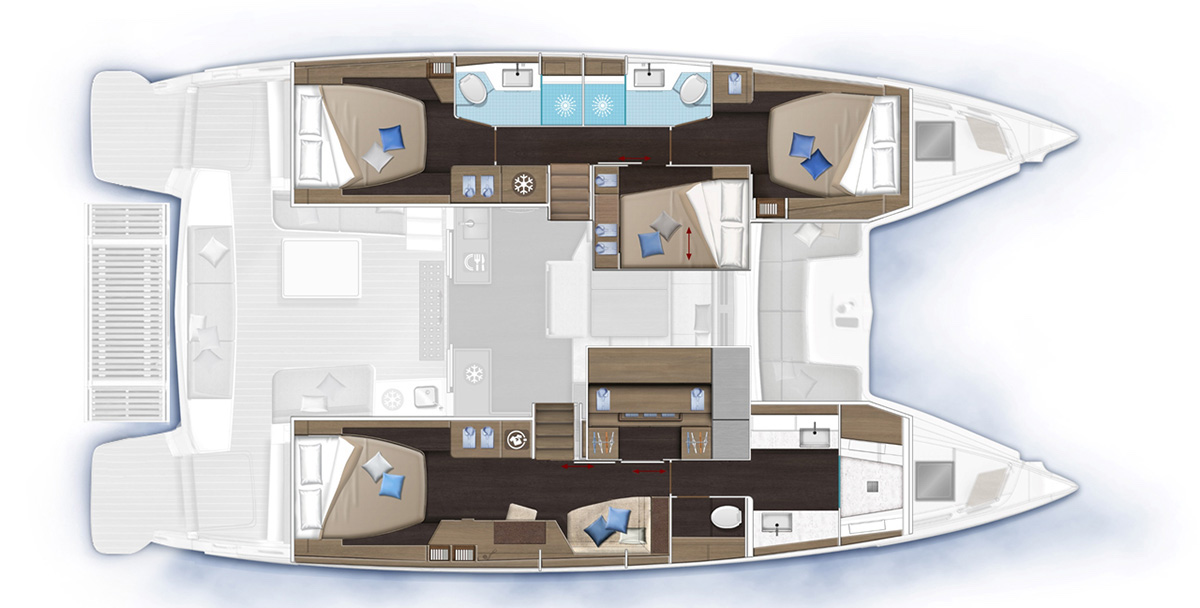 Despite the light Garbí wind blowing off Port Ginesta (Barcelona), the Lagoon 51 was able to demonstrate its excellent performance. The Garbí wind was blowing at 6 knots and the sea was flat, except for a small groundswell that didn’t interfere with the catamaran’s behaviour. With the full battened mainsail and a Code Zero, we had 206 m2 of sail, which, sailing at an angle of 60-65 degrees of apparent angle, allowed us to reach l7 knots of speed on the GPS, as we saw that the apparent wind then registered around 10-11 knots of intensity. The motor cruising speed is easily above 8 knots, with the pair of Yanmar engines with 57 hp of unitary power, which, at a speed of 6-7 knots, will allow long distances to be covered while containing diesel consumption.

The Lagoon 51 included solar panels that were well integrated into the fibre, strategically placed on the perimeter of the cabin’s roof, the rear flybridge area and the hard top. The shipyard managers who attended our test explained that they provide enough energy to live at anchor in “hotel mode”, as long as the air conditioning isn’t on.